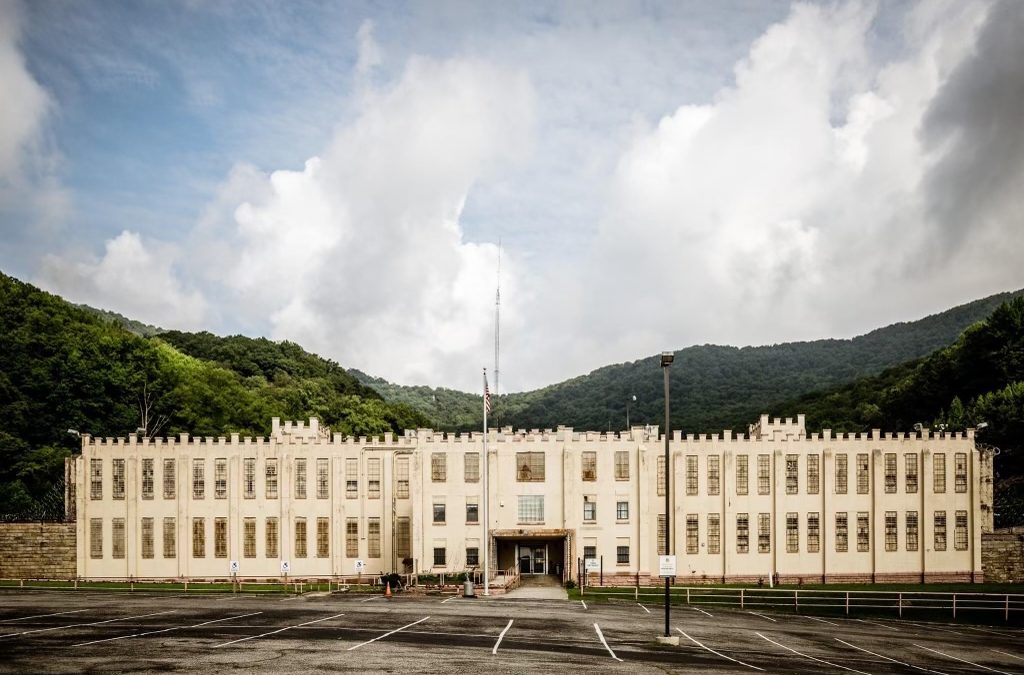 Brushy Mountain State Penitentiary, better known as the gates to hell by those that experienced it, opened in 1896. However, it wasn’t always a prison, for decades it was a coal mine that emerged from the aftermath of a bloody labor battle. After the Coal Creek War, miners protested the use of unpaid convict leasing in the mines near the prison site. The conflict was resolved when the Tennessee State Legislature abolished the convict labor system and replaced it with the Brushy Mountain Mine and Prison. On January 1st, 1896 the prison opened its doors with many of those in the convict leasing system becoming the first inmates.

Between the constant violence, diseases, and mining accidents, life inside Brushy was problematic to say the least. Along with poor medical care, the inmates were regularly beaten for their poor productivity in the mines. For a prison with no death row, death was always lingering. Convicts continued to work and die for decades. Brushy eventually gained a reputation as the end of the line for many of the nations worst criminals.

The first prison was a wooden structure built by the prisoners themselves.  Due to overcrowding, the building was later upgraded to a stone castle-like structure using stone from a quarry on the grounds. The prison is almost completely surrounded by mountainous wooded terrain, making escape attempts infrequent and unsuccessful.

The best known escape attempt was that of James Earl Ray, known for his assassination of Dr. Martin Luther King Jr. On January 10, 1977 Ray along with six other inmates used pieces of pipes to make a ladder and used it to climb over the twelve foot wall. The freedom was short-lived. Ray and the other escaped inmates were captured and returned to the prison within 58 hours of their escape.

Brushy ended its standing as a maximum security prison in the 1980’s as it changed its mission to a classification facility with a capacity of 584 inmates. The prison became an East Tennessee classification and diagnostic center for inmates. However, it still retained its maximum security standing due to the 96 bed annex that housed the states most troublesome inmates.

The prison ceased operation on June 11, 2009 after 113 years in operation. The remaining inmates were transferred to Morgan County Correctional Complex.  The prison sat abandoned for 9 years.

In, 2018 Brushy reopened to the public, offering a distillery, concerts, and a restaurant, along with tours of the prison itself. The prison was a witness to a great many tragedies throughout the years. Forever adding to Tennessee’s historic legacy and giving us all a glimpse into the horrors that happened throughout the decades that it was a prison